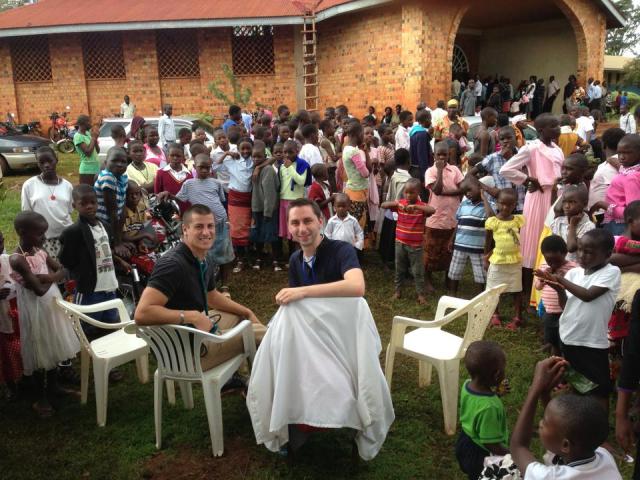 After two extremely fast weeks in Kampala, we have moved on to Masindi.  It is amazing how fast time is moving.  We made so many new friends that we were very sad to say goodbye to.  But, we have more things to do while we are here in Uganda.

Friday, we met with Ivan from the Red Cross while we were still in Kampala to discuss the Blood Pressure screening that we were going to do at two local churches in Masindi called, St. Judes Church and All Saints Cathedral.  Since there were four churches that Ivan had planned for us to do BP screenings at, we had to split up and decided to do two churches this weekend and two churches next weekend.  Jeff and I took St. Jude’s Church and Dr. Bohan and Stacy went to the All Saints Cathedral.  From talking to Ivan about these churches, we knew that we would be busy because he explained to us that these people don’t often get to talk to healthcare professionals and that everyone will likely want their blood pressures taken.  Well, he was right.

The night before the screening we met with Cleophas, a member of the Red Cross who would accompany us to the church and help us with the screening.  Jeff, Cleophas, and I arrived at St. Jude’s Church around 7:50AM as mass was just starting.  As we approached the church we could hear the choir singing very beautiful music.  We felt like dancing, so naturally we did a little bit.  We met with one of the church’s workers and set up our spot just under a large tree in front of the church.  The church was now jam packed with people standing outside the doorways so that they could attend mass.  The people sang louder and chanted as the mass went on. 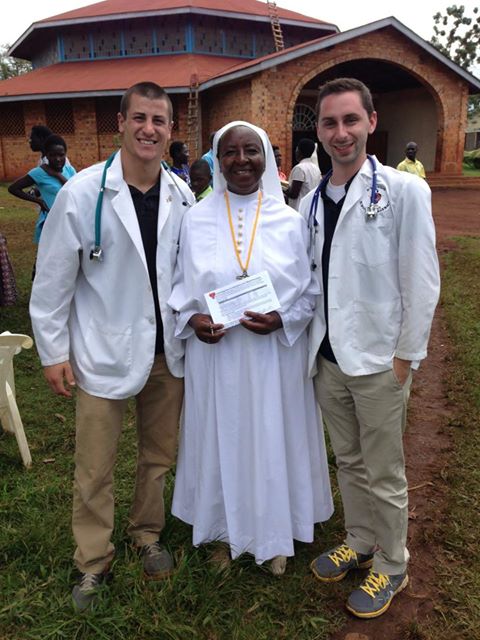 While waiting for mass to let out, we made friends with a young man named Vincent who extremely helpful throughout the whole day since he was able to translate for Jeff and I as we counseled patients on their blood pressures.  We also made friends with a small group of children.  They were so happy just to have their pictures taken with us.  They were amazed at the camera on my iPhone. 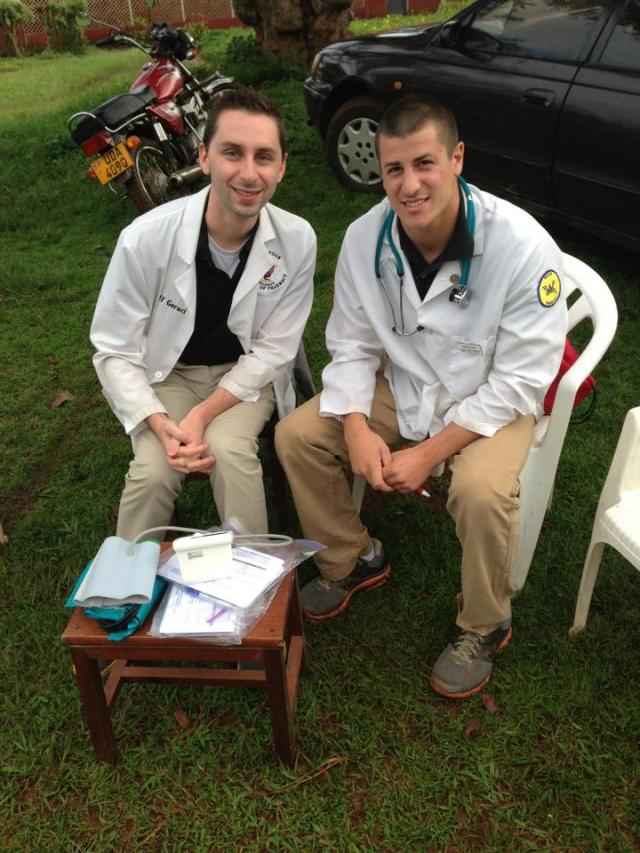 It was a slow start but as soon as one person had their blood pressure taken, we soon became the main attraction and every single person that stepped out of the church wanted their blood pressures taken.  Soon enough, we were flooded with people would wanted to be screened and so we had Vincent and Cleophas organize people and we started going.  There were two services but the line didn’t die down at all so it seemed like it was just one unending line of people.

Jeff, Nikko, and the Children 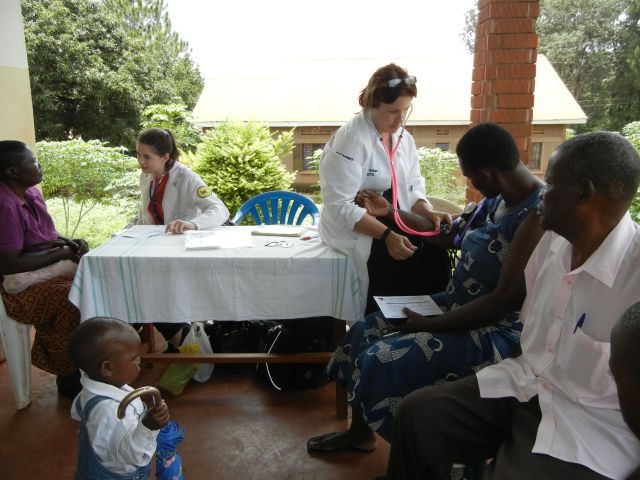 By the end of the screening we estimated that together, we had done somewhere between 300-400 screenings that day.  We were able to refer some people to their doctor and counsel many on the importance of controlling their blood pressure.  Afterwards, we met back the hotel for lunch with Stacy and Dr. Bohan who also had a great day at their church.  I’d say that our day was “kirungu”

6 Responses to Blood Pressure Screenings in Masindi by Nikko