A Day with TASO: The Aids Support Organization

A Blog Post by Amanda Fenstermacher and Hanna Raber 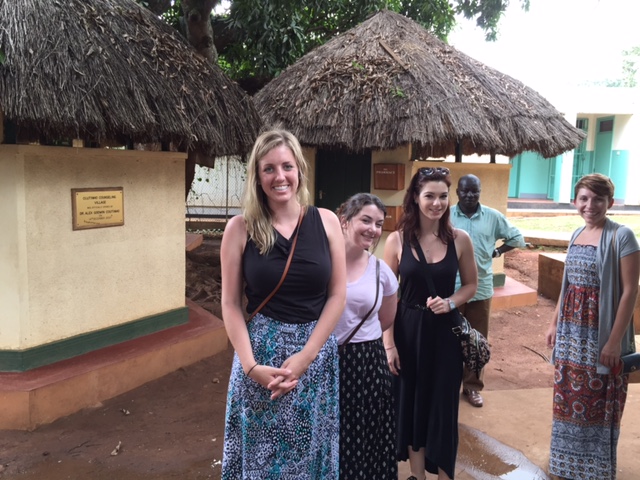 This is part of the TASO main clinic in Masindi

Today we were able to spend the day with The Aids Support Organization (TASO). This is funded by the US government and has 11 different centers throughout Uganda. Today we went with the traveling unit to a neighboring village. 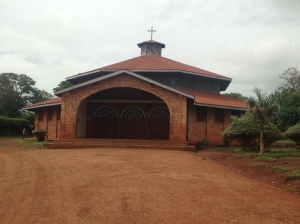 This is St. Jude’s Roman Catholic Church where the TASO traveling HIV clinic was held.

Basically the patients are organized into groups that are visited by the mobile unit every 2 months. When we arrived at the site (a porch outside of a building) we waited for the 14+ members to arrive to the site. They have a group leader who is responsible for collecting the 1000 schillings (equivalent to 30 cents) members are expected to pay for the services provided. We started out by taking attendance- over half of the group members were missing which the TASOs worker said is unusually bad. It is rainy season so many people are busy working in the fields. 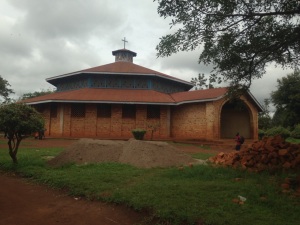 Another view of St. Jude’s Church

After taking role the members most recent CD4 counts and hemoglobin levels were read out in front of everyone. Each patient has their own notebook to record these values. Of course we pharmacists were cringing, thinking of the huge HIPAA violation it would be in the United States. (HIPAA is the privacy of medical information act that prevents the sharing or release of patients protected medical information to others without explicit consent)  After that, the TASO worker gave a brief talk about the importance of showing up, reasons for remaining adherent to medications, and not getting discouraged about CD4 counts. After further investigation we found out they get their CD4 checked every 6 months. They do not get their viral load checked unless their CD4 drops really low and they are failing therapy. This was interesting to us because you really don’t know if you are transmitting the virus without knowing your viral load. This is a very expensive test, which is why they don’t do it more often. Then the patients would come up one at time to get their medications- they would get a two month supply. Each patient had to provide a signature after receiving their medications. Some patients did not know how to write, and they would provide a fingerprint instead. Every single patient got Bactrim, an antibiotic used for prophylaxis, regardless of their CD4 count. Again this concerned us about the prevalence of resistance among all of the TASO treated HIV positive patients who are taking chronic Bactrim.  Any female members who were sexually active, (again this was asked in front of everyone), had to take a pregnancy test, (they didn’t go to a bathroom just went out to the bushes), before getting medications. Everyone also had to have their weight taken and recorded. We were shocked but really pleased that they were actually getting newer HIV combination medications (one tablet once daily regimens) which is the standard of care in the USA. 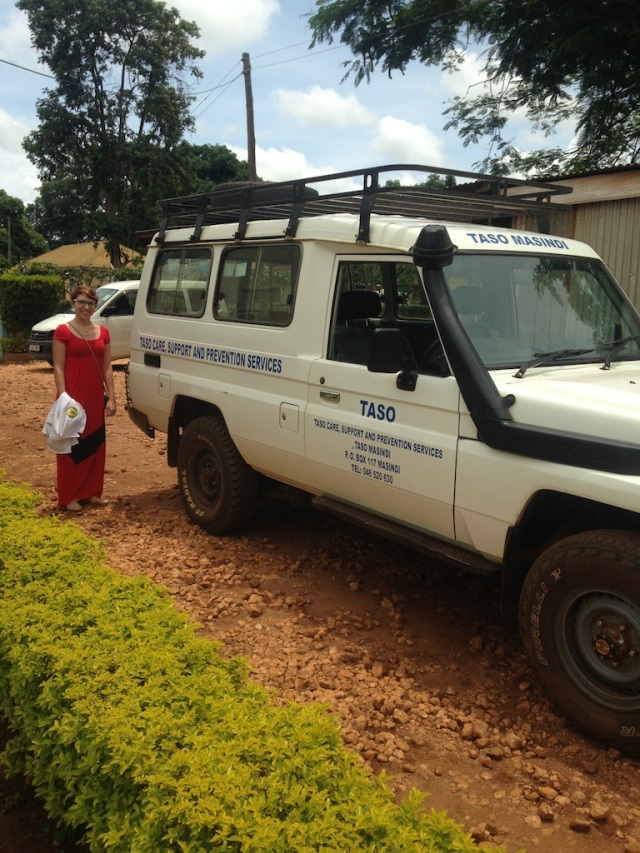 Amanda standing next to the TASO vehicle

They also assigned one group member to distribute condoms which were not accepted by any of the male members.  The acceptance of contraception seems to still be a struggle here, which is unfortunate. It was really impressive that TASO provides not only medications, but social support, education, and community programs. It was also really impressive that the group leader was so invested- he recorded the blood levels of all the missing members and staying until the very last patient was finished. He was also organizing the collection of additional funds from group members in order to purchase benches for the meeting site. They currently had two benches and were collecting for more. We were really impressed with the great work that TASO is doing to combat the HIV epidemic here in Uganda. 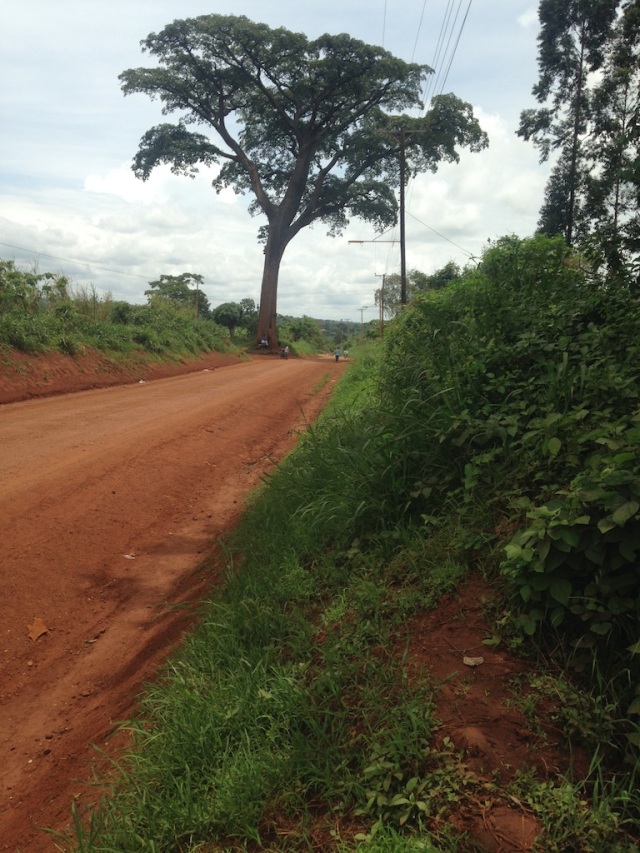 The village road outside the Church 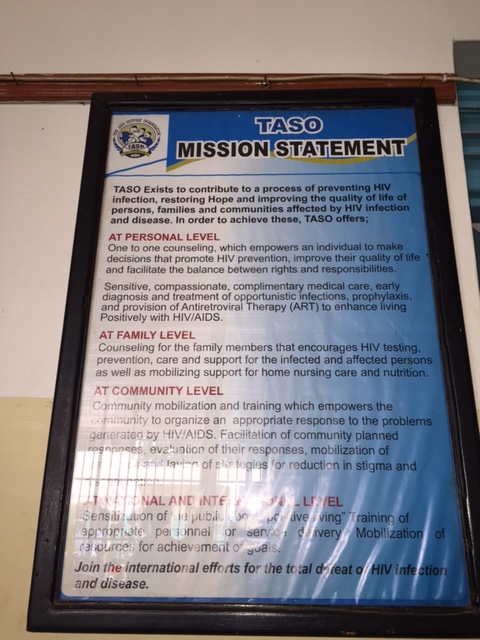