Journey to Queen Elizabeth National Park, Uganda: We Have Arrived!

All ready to go- some luggage on the roof 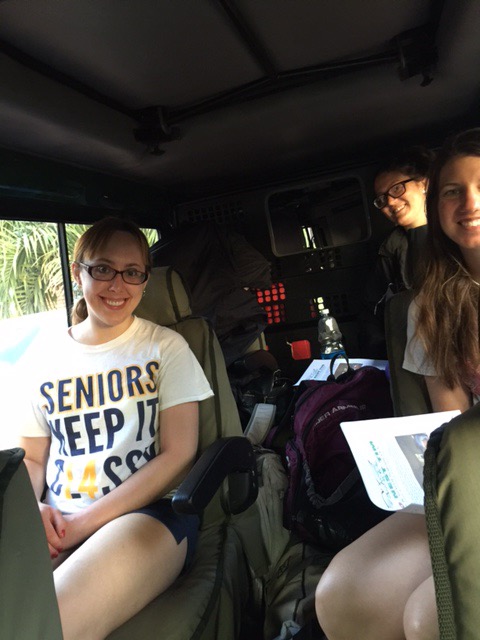 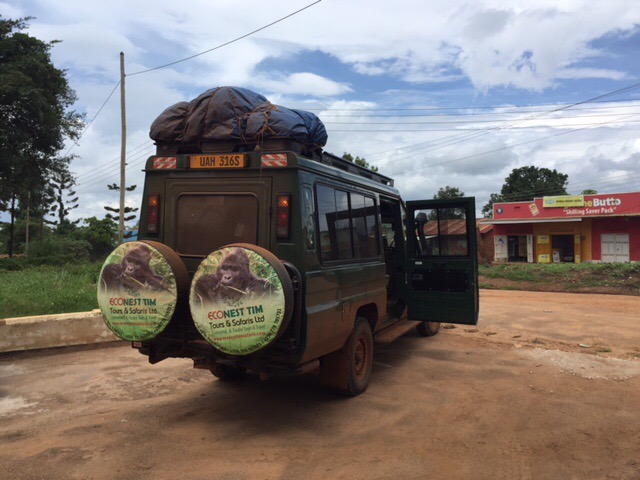 Today we got up bright and early, actually it wasn’t bring at all- it was still pitch black- to eat breakfast at the New Court View Hotel before getting picked up at 6:30am to go on our Safari to Queen Elizabeth National Park, Uganda. This park is in the southwest of the country, an area I haven’t traveled to yet.  Our tour director and guide is Arthur Fadison and he has a company called Econestim Tours and Travel Uganda.  I’ve known Arthur for several years now and he’s taken my student groups to Jinja in the past. He’s been telling me lots of good things about Queen Elizabeth so this year, I decided to try a different game park.

The Rwenzori Moutains in the distance

The drive from Masindi is quite long. After loading up his Land Cruiser and realizing that we had too many bags and some had to be tied to the roof, we took off at 7am. Initially it wasn’t raining but soon the drops began to fall. There wasn’t a store open in Masindi that sold a tarp to cover the suitcases on the roof, so we had to drive on to the next town. Just as we were able to get a tarp, the sun came out. But Arthur said we’d need it anyway, and boy was he right! It rained off and on the whole day and at times was really hard. The first half of the trip was extremely bumpy on a red dirt road that got really slippery when it got muddy. But Arthur’s vehicle is great and he really knows how to handle these roads. At one point, we had to cross through a completely submerged road. The water was so deep that a motorcycle that was trying to pass was halfway covered in water. The passenger and the driver’s feet and lower legs were in the water. But Arthur’s Land Cruiser had no problem!  We all were happy when we finally got to a paved road.

The scenery and landscape along this drive south was very different than in other parts of Uganda. There were more trees and forests along the way and it was also much hillier. At one point the hills had lots of huge rocks on them.  As we got near Fort Portal and beyond we could see the Rwenzori Mountains in the distance- it was beautiful!  We all tried to get pictures but they just can’t do the real scenery justice.

Then as we entered Queen Elizabeth National Park, we started to see animals, even though we weren’t officially on a game drive yet.  You have to drive about an hour into the park to get to the Mweya Lodge, which by the way is also beautiful.  We finally arrived at the lodge at 5pm- so a 10hour day of driving. All we had to do was relax but I’m sure Arthur is tired out.  The students were really impressed to be able to already see some animals- a Uganda Kob (an antelope), and a bunch of Elephants, including a baby one, and to see the accommodations here.  Right now they are relaxing by the pool and in the pool. Dinner is a 7pm and then tomorrow morning we will rise really early for a morning game drive.

The view from our hotel room! 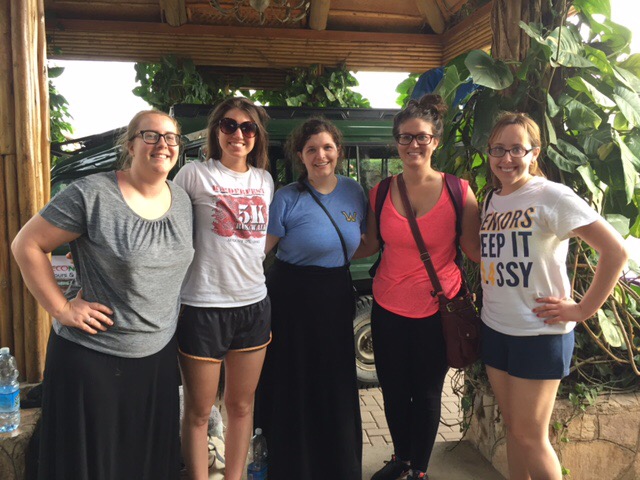 Professor, Department of Pharmacy Practice Binghamton University School of Pharmacy and Pharmaceutical Sciences Binghamton, NY USA
View all posts by kbohan →
This entry was posted in Uncategorized. Bookmark the permalink.

1 Response to Journey to Queen Elizabeth National Park, Uganda: We Have Arrived!