A Day of Culture and an Evening of Beauty

A Day of Culture and an Evening of Beauty. – Dr. Foote writes his first blog post!
It was tough seeing Dr. KarenBeth leave last night but the pharmacy team was able to survive. Last night (Friday), we attended the Ndere Troupe Show in Kampala which included an evening of African Music and Dance. The word ENDERE means “FLUTE”. The flute was chosen as symbol of this performance because the flute represents beauty and universal unity. Ndere Troupe prides in emphasizing commonalties and enjoying the rich differences in culture. The open-air theatre and the ambience was incredible. There were more than 40 performers (musicians and dancers) who put on a terrific show. At the end, we were able to do a bit of dancing with them! 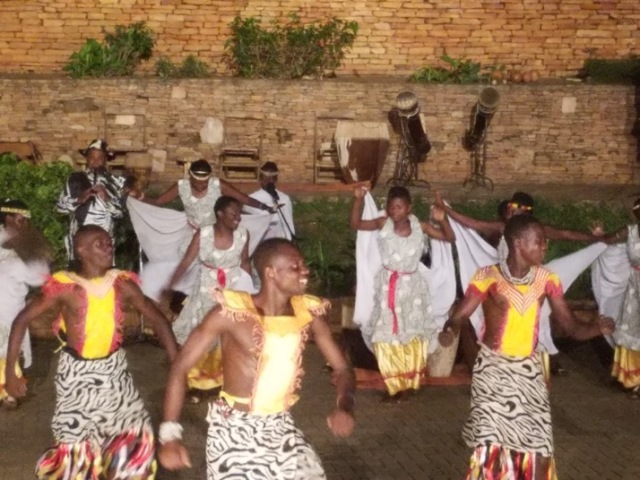 Today, we spent the day doing a bit more touring. Our first visit was the Lubiri Palace. Built in 1922 Mengo Palace is the former home of the king of Buganda (the largest Kingdom in Uganda). This is just one of a few palaces of the King. The King of Buganda is revered in Kampala. He is known to be a very kind and loving ceremonial monarch. The current King doesn’t live here but sometimes receives foreign dignitaries. 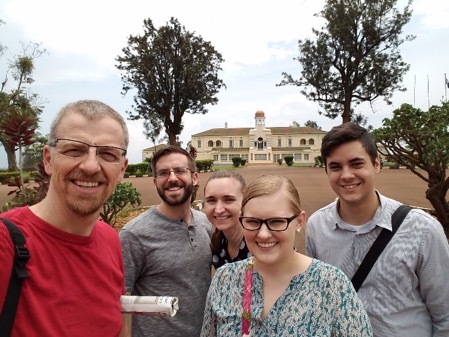 However, the place has a dark history as well. In 1966, Prime Minister Milton Obote ordered an attack to oust Kabaka Mutesa II (then King and president of Uganda). Led by the forces of Idi Amin, soldiers stormed the palace and, after several days of fighting, Mutesa was forced to flee and live in exile in the UK. The palace was converted to army barracks, while an adjacent site became a notorious underground prison and torture-execution chamber built by Idi Amin in the 1970s. We were able to go right into the chambers (which is something we couldn’t imagine doing in the U.S. since it was not really well kept and sort of difficult to get to. The torture site is a dark concrete tunnel with numerous dark, damp cells, which were separated by an electrified passage of water to prevent escape. Our guide told us that the primary torture and murder method was by forcing victims into electrified water. The deaths of 300,000 Ugandans are attributed to Idi Amin.

After the Place, our driver, Haji, drove us around Kampala visiting some of the main churches in the city. We had an awesome lunch and then spend the afternoon shopping in a variety of craft shops behind the National Theatre in Kampala. The sellers there are really gracious (and not nearly as pushy as other markets we visited earlier in the week). Really beautiful arts and crafts can be found there. The students were saying I have a shopping disorder because I bought LOTS of stuff. 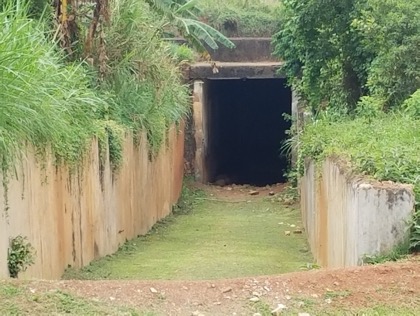 In the late afternoon we drove to the outskirts of Kampala to Cassia Lodge. A beautiful spot in Kampala which overlooks Lake Victoria. We enjoyed some drinks, great conversation and awesome views. 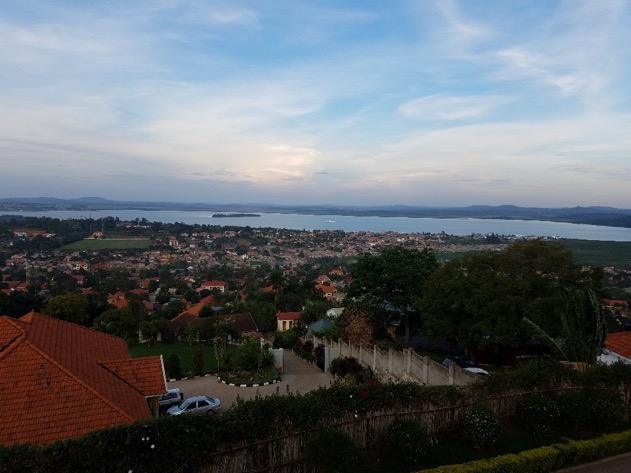 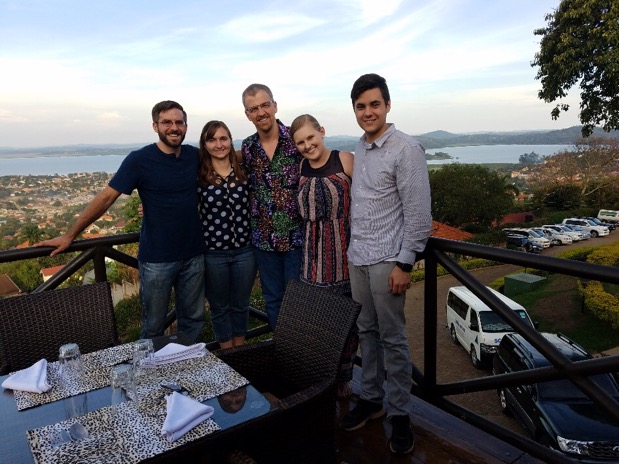 All in all, a great day learning about this beautiful culture.