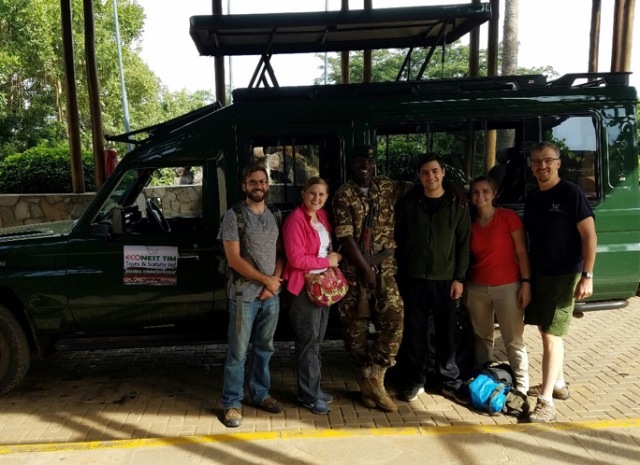 Our day started very early. Some coffee and cookies at 6 AM and then an early-morning safari at 6:15. Our trusted guide Arthur has been an invaluable source of information. Today, one of the rangers in the park, Andrew, joined us in our vehicle to help us track some of the most elusive and beautiful creatures in the park. 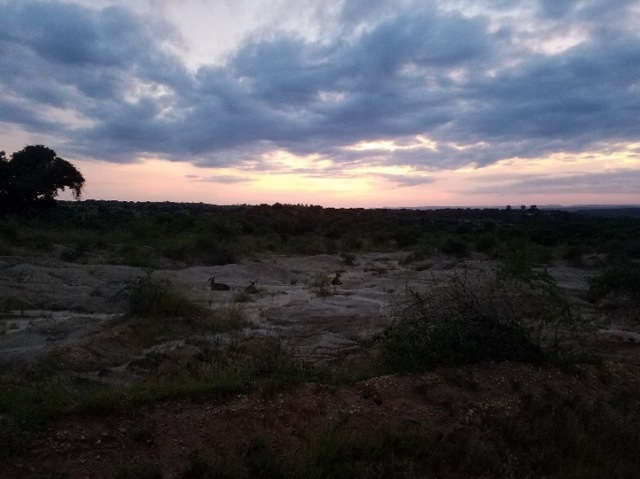 It is really difficult to describe the beauty of the African Savannah at sunrise and this picture doesn’t do it justice. Our guide told us that different animals (especially the predators) are most active in the early morning. The morning drive was a definite success! 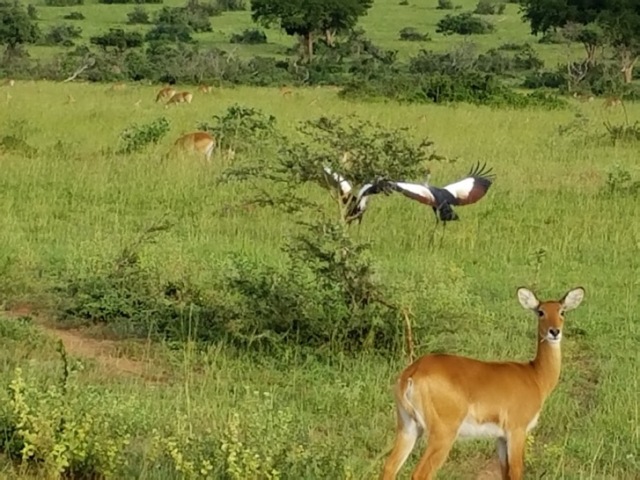 Someone noticed that the water buffalo (usually looking at us) were staring in a more distant area. That is when Mike saw something moving in the tall grass. Our guides identified it as a spotted leopard! The leopard was walking through the tall grass so we’d only get a periodic glimpse of his head, back and tail, but what treat! Later in the drive, we came across a lion the road! Again, a relatively rare find since lions don’t show themselves like the giraffes, antelopes and elephants. Later in the trip we came across a hyena just resting in an open area. After we watched him a bit, we were able to catch a glimpse of his mate and cub! So cool!

After a nice lunch buffet we headed out for a boat trip safari. The boat set off from near out hotel and headed east to Murchison Falls, the namesake of the park. We spotted so many animals but were especially fond on the hippo’s! I think one of the things that struck us was how many animals are in this park. It was like watching a Nature special on TV (shameless plug to support your local PBS channel). 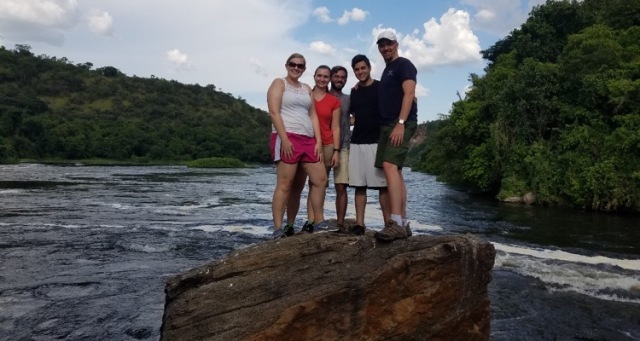 Back to the “Big 5”. The lion, leopard, hyena, elephant and the rhino are considered the “must see” for Uganda and it is not easy. The students saw them all! (And lot more). 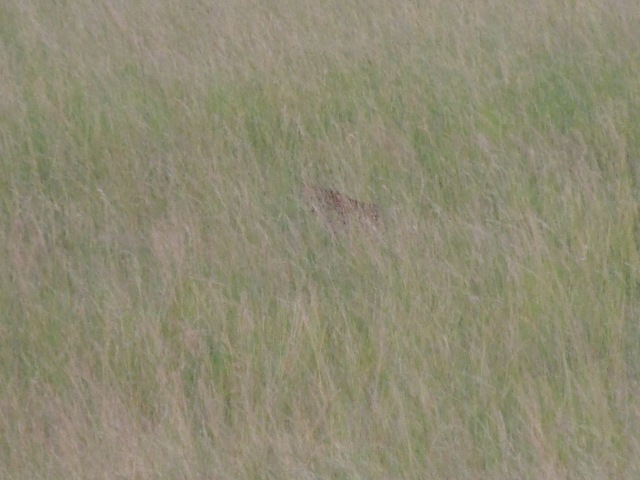