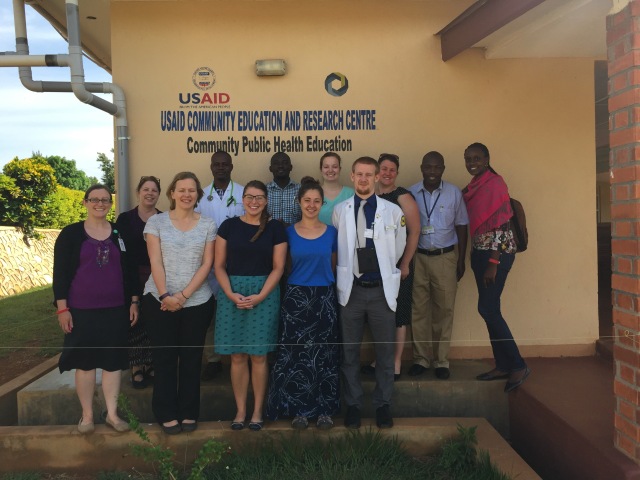 Heading over to the clinic this morning, it felt as though I had been doing the same routine for much longer than just the past week. The cool early morning sun and the familiar breakfast and my excitement in seeing the progress of the patients that I had been following over the last days with the students was a comfortable feeling. I could finally read the unfamiliar abbreviations and evaluate the medical therapies in the charts without too many moments of panic trying to quickly supplement my knowledge with the magic of the internet. However, today was also our last day at MKMC, and a day that reminded all of us that we came here to be pushed out of our comfort zone with the hope of both learning and feeling new things. 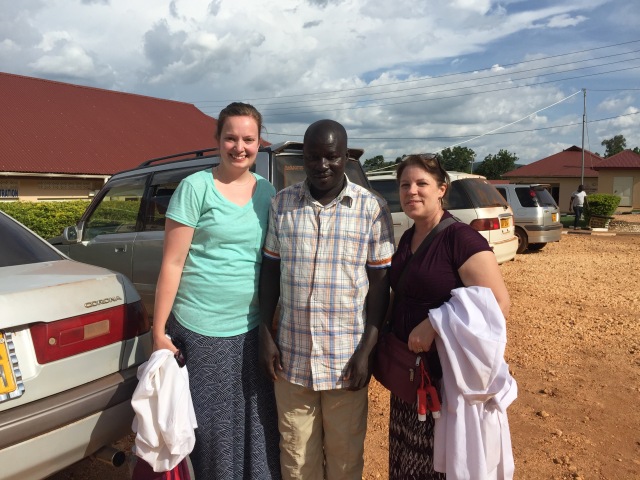 Today, two patients illustrated best the push and pull of the learning process for me. The first patient is a 10 month old baby boy we had been following for the last several days who came in with a case of chronic diarrhea and dehydration. The mother had told us several times that she had taken the child for admission to the clinic at least 4 times before for his diarrhea, without real improvement. Several days ago, my nutrition instincts hinted to me that despite tweaking the drugs and medical care he had been receiving, the little boy probably had some lactose intolerance that started because of past diarrhea episodes which was not allowing him to fully recover. He was pretty much only drinking milk because his belly hurt so badly. We has suggested withholding milk for 2 days to see what happened, and today we came in to find a smiling and bright little boy as well as a smiling mother! It was the first time in weeks he was without diarrhea. So much improvement for a simple change. We had also educated the mother about other nutritious food for the child and his appetite was good this morning. I felt so so good seeing a good resolution for this family and I felt good about how we were able to contribute to his care and that my learning process had been a benefit to others as well as to me.
However, a different patient quickly reminded me of how much I don’t know and how challenging helping with medicine can be. A seven year old boy had been brought in overnight because of a snake bite – which was likely from a puff adder. His foot and leg were swollen and incredibly painful, and his tears, as we examined him, brought tears to my eyes as well. Although the was receiving supportive care and our team suggested some important changes that will help give him the best chance, when we discussed the cost of antivenin, it became clear just how hard medical decisions in this country can be. A course of antivenin would likely cost the family more than a year’s salary, and it still might not be effective. My heart is still in knots thinking of this little boy – I don’t know what the outcome will be. There wasn’t anything else we could learn, or look up, or suggest that would make the difference a costly drug would.
These two patients demonstrate the huge contrasts that make up this Ugandan learning experience. They both pushed me to think out of the box, and to wrestle with cost and practicality in medicine (over evidence and efficacy) – something that I find most of the time is a peripheral concern in the U.S. (even though it should be a central one). I found myself feeling less clinical and more emotional about these patients than I have in a very long time, not out of pity for their situation but because I could see my son’s eyes in the boys’ eyes, and my heart in the mothers’ as they cared for their children. Despite thousands of miles, different economic situations, countries, and skin colors – we are far far more alike than we are different.
I have a lot more reflecting to do on my trip to Uganda, which I know will take some time. And tonight, what I can say is all I feel is grateful. Grateful to my students and colleagues on this trip with me who have helped me wrestle with learning, grateful to the medical staff at MKMC for welcoming us so expansively, and most of all, grateful to the patients who allowed me to participate in their stories. I sincerely hope that I can use this experience to give back more than I have received.