We Went “Where the Wild Things Are”: A Safari To Murchison Falls National Park, Uganda 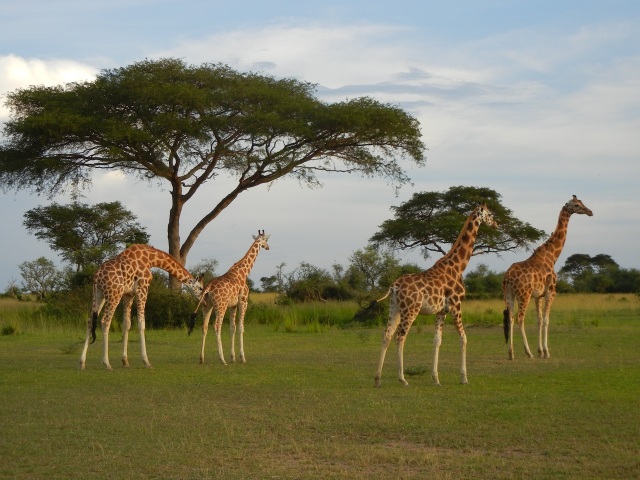 Giraffes with an Acacia Tree in the background

This is my 4th trip to Murchison Falls but I have been so excited to share it with my husband for the first time. We were going to see the “gentle giant” elephants, several different species of graceful antelopes, the awkward lumbering long-legged giraffes, hopefully a lion at rest basking in the sun, and many more of God’s wonderful creatures whom much of the world will never see in the wild. This trip, though, has been a bit different, although also very amazing.   We have learned that these animals truly are wild and the “circle of life” lives on.

We came upon this Lioness sitting right by the side of the road in the shade of a bush. Her recent kill was behind the bush. I took this picture from the car window, which was completely open. See how close I am by the bottom left hand corner where you see the window frame edge.

On our first game drive, we came across a lioness panting by the side of the road, freshly worn out from her kill, which rested behind her- one of those graceful Jackson Hardebeest, with interesting ringed antlers. 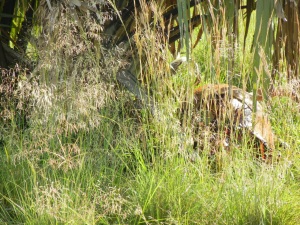 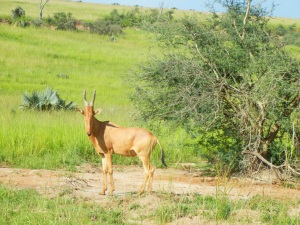 Jackson Hartebeest, like the one killed by the lion

The next morning we came across another lion’s kill, the remains being devoured by hyenas and jackals, while the male lion looked on from afar. Coming home from the drive to the top of the cascading mountains of water down Murchison Falls we saw a cobra snake attack a puff adder snake by the side of the road. We have no idea what prompted the fight between the serpents cursed to slink on their bellies for the remainder of time, but as the cobra slinked away, we watched the puff adder go through the convulsions of its death from the formers bite or spit. Today we learned that although the animals are beautiful creatures to look at, they are still very dangerous and their space needs to be respected.

This elephant crossed directly in front of our vehicle but not before looking at us as if he wanted to charge our vehicle. Luckily, he turned and sauntered off.

Now a little background information: Murchison Falls National Park, Uganda, is in the Northwestern part of the country. From the far side of the park you can see the distant mountains of the Democratic Republic of the Congo across from Lake Albert. We entered via the Main Gate, just 30 minutes over a bumpy red dirt road from Masindi. Sam, our driver, rented a 4-wheel drive SUV Toyota Van with a roof that pops up for better game drive viewing per my request which ended up being a great decision. Throughout the game drives, we can stand and see 360 degrees of the Savannah and get really good shots with our cameras. Plus it is just plain fun to hang on to the top edge of the van for stability as we ride standing up throughout the park. At times, though, the bumps and ruts are so much we just have to sit down.

The park has four types of landscapes. You enter and drive quite a ways through a Tropical Rain Forest. We saw baboons scampering all over the road along with many birds and some black and white Colobus Monkeys. The park gradually flows into Woodland Savannah with much less dense trees and shrubs than the forest. After crossing the Victoria Nile River to Paraa Lodge, via the ferryboat, the land becomes successive segments of Woodland Savannah, Savannah Grasslands, and Borassus Palm Savannah over and over again throughout the large park. When the Borassus Palms spot the Savannah, it reminds me of the Truffula Trees from Dr. Seuss’s “The Lorax”. Some animals seem to roam the entire landscape regardless of the type of terrain, while others tend to seem to enjoy a specific area. I’m going to let our pictures do the rest of the talking but one last comment of explanation. When we Westerners want to take a trip such as this to see the African wildlife, we usually say we are planning going on a “safari” but that word actually means “journey”. Africans would say that we took a safari to Murchison Falls National Park, but each day we take “game drives” to see the wild animals. And, as you’ll see from our pictures this trip so far, we were able to see the “wild” part of nature in action. So enjoy the pictures and don’t get too frustrated with yourself when the Lion King’s “Circle of Life” song enters your mind and you can’t get rid of it the rest of the day. This so far has been a truly amazing experience! 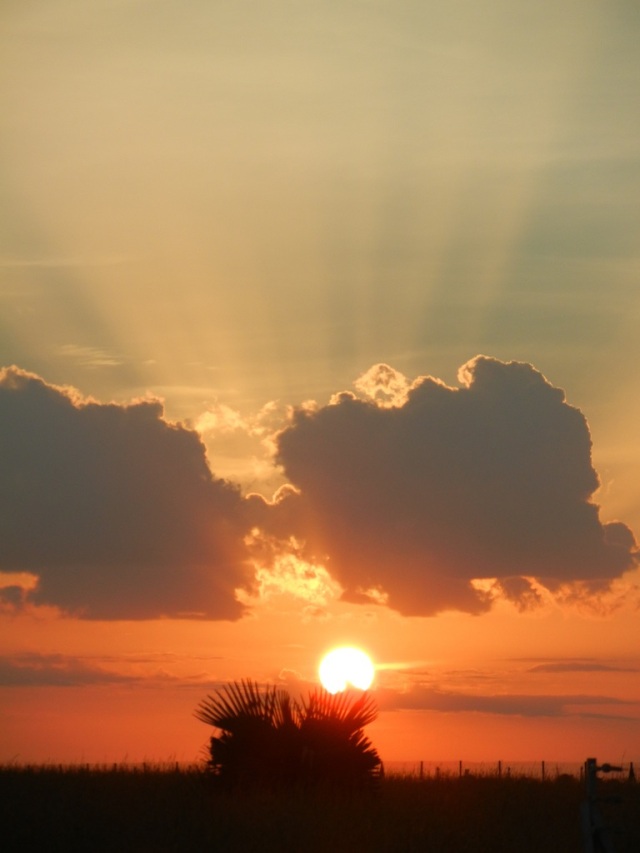 Sunrise over the Savannah 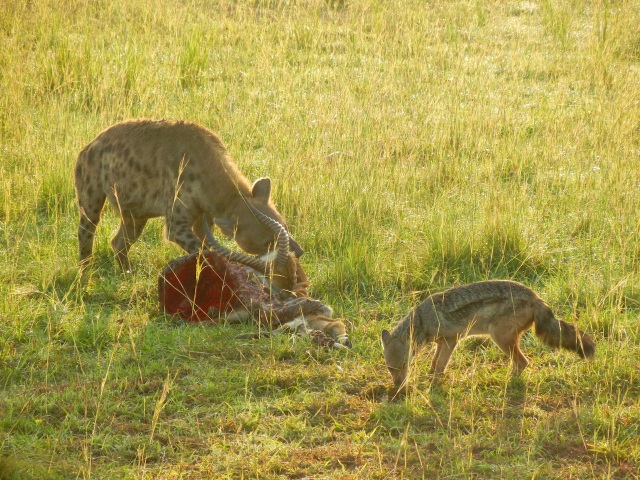 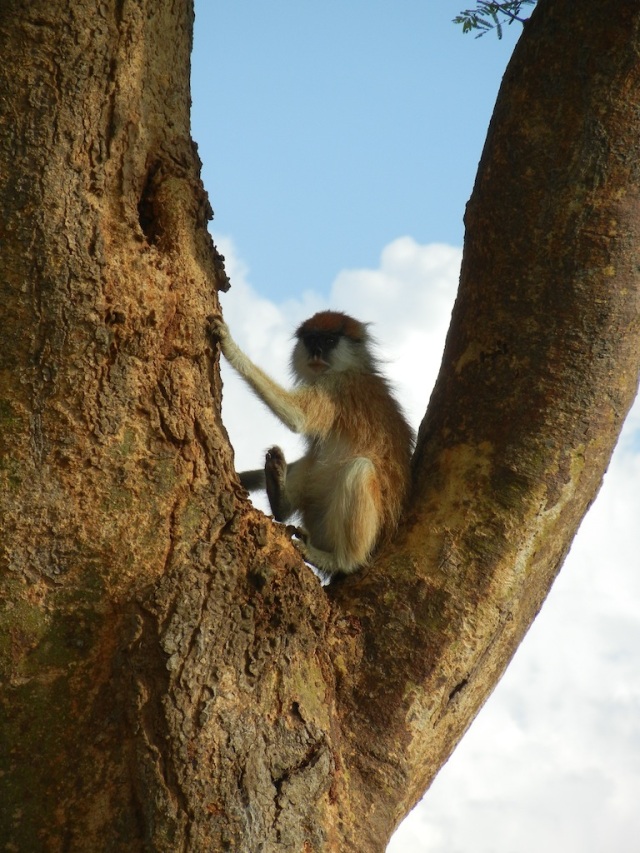 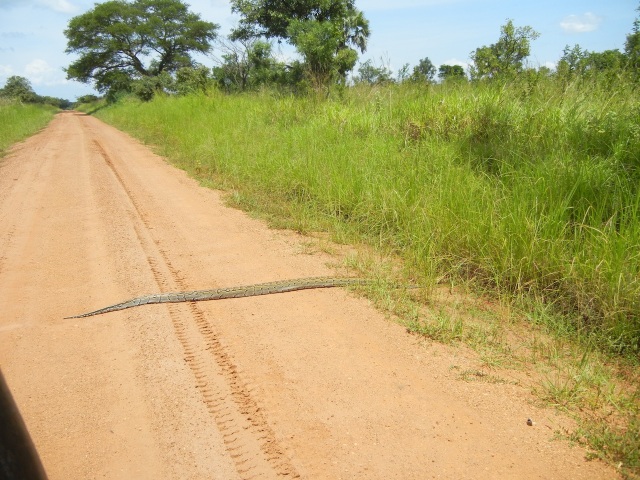 Warthogs are a very common site all over the park. 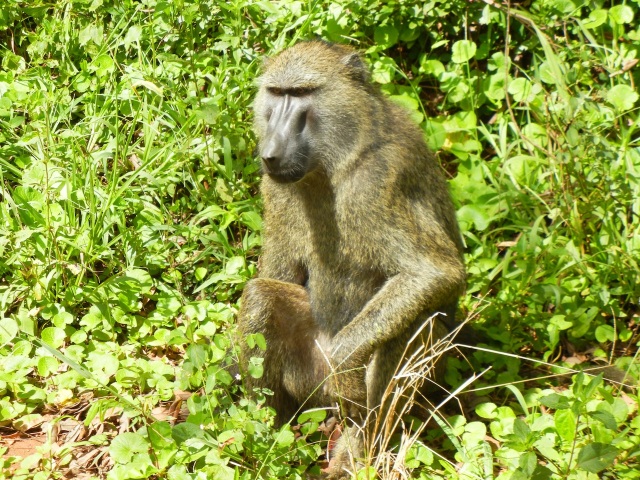 Baboons welcome us as we drive into Murchison Falls Park

1 Response to We Went “Where the Wild Things Are”: A Safari To Murchison Falls National Park, Uganda